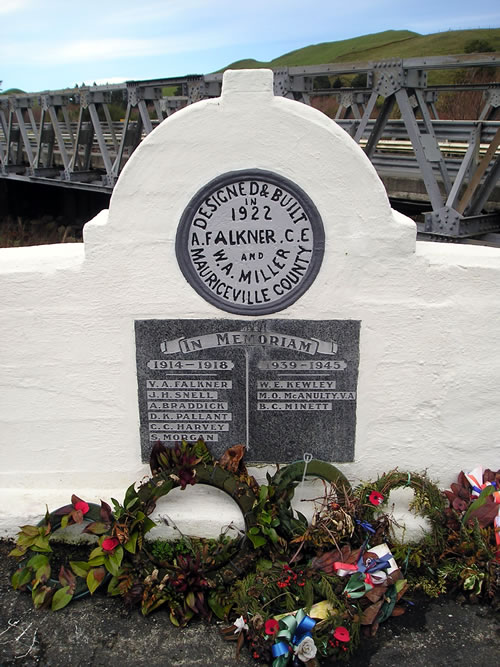 Connah Podmore is the NZ Pacific Studio 2015 ANZAC Fellow. As part of this fellowship she is working on a community-based project that will contribute to the ANZAC commemorations at the ANZAC Memorial Bridge in Kaiparoro on ANZAC day.
Connah invites members of the community to write a postcard (supplied by her) to a war-time ancestor. This does not have to be someone who went to war: it could be directed to the parents/loved ones who waited at home for example, and in the spirit of ANZAC day, participants may reach out to any era of conflict.  Postcards also do not have to be written to someone who is still alive, or to whom you are actually related - the aim is to simply communicate with the past in a personal way.
Connah herself has written a postcard to Alfred Falkner, the ANZAC Bridge's designer/engineer and the father of a son who was killed at Gallipoli. Her interest in Falkner is largely due to her feeling of connection to him as a fellow maker of memorials.
The postcards Connah has made all feature imagery taken from one of Falkner's workbooks (now in the Ian Matheson Archives in Palmerston North).
All postcards will be collected and will feature in a video work and installation made by Connah, which will be shown at Pukaha Mount Bruce Wildlife Centre on ANZAC day.
Connah is a multi-disciplinary artist based in Wellington - working mostly with a combination of poetry, video and photography. Her past experience with the memory of WWI, can be seen in her work 'For Us There is Only the Trying' (2013-14), which explored her own experiences with this distant history through a series of personal gestures made towards her great grandfather (Frank), who fought in WWI. Connah wrote letters to Frank and then used these letters to weave for him a paper blanket for his hospital bed. The artwork was presented as a two-screen video installation: https://vimeo.com/94507142 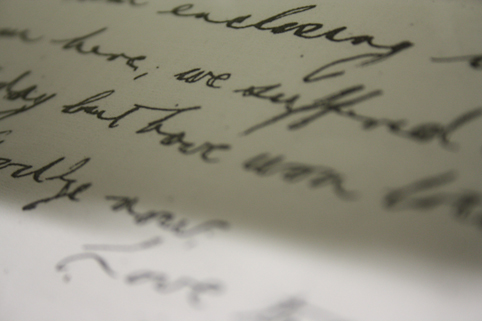