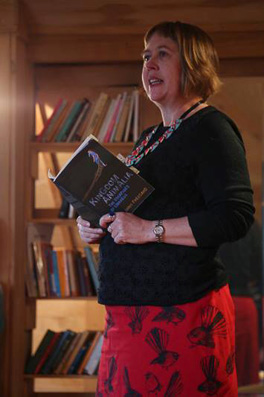 Writing in the early 19th century, at a time when it was unusual for women to be included in the rarefied circles of male poets writing in Chinese, Ema Saiko dedicated herself to, and developed, a poetic form centred on the discovery and unfolding of a rich intellectual and artistic life connected to her physical environment.

Janis studied botany and plant ecology at university and her writing is distinguished by its use of scientific imagery and its verbal playfulness. She says that having three weeks to focus exclusively on poetry meant she could develop a much longer piece – a sequence of poems. She could really slow down, think, read, drink tea and be inspired by her surroundings and the other people she met on the residency (many of whom ended up in the poetry sequence she was writing.) There was felting, haiku, the construction of a geodesic dome, video art and novel-writing going on around her, not to mention some very fine shared meals and baking. Janis made good use of Pukaha Mt Bruce national wildlife centre and reserve as well, which she says was an excellent muse.

An award-winning writer, Janis has published several poetry collections and her poetry collection Kingdom Animalia was selected as one of the NZ Listener’s 100 best books of 2011. While Ema Saiko Poetry Fellow, she treated visitors to a reading of her work as part of one of the Centre's Open Studios afternoons. 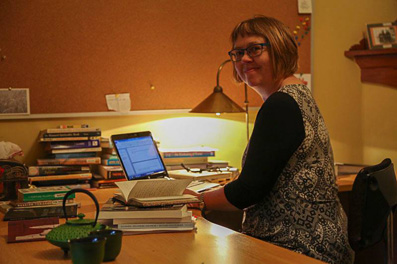 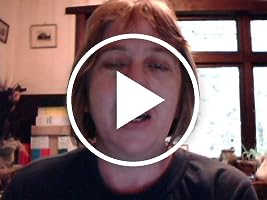