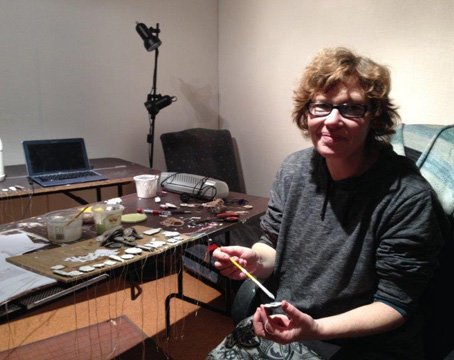 Wellington-based artist Justine Fletcher was the 2014 Friends of Aratoi Fellow. Justine is a Wellington-based jewellery and textile artist with a particular focus on the history of New Zealand’s suffragist movement. She often references and reuses existing historical resources, in her work, along with domestic materials such as found fabric and discarded household implements. More recently, Justine has presented her work in the form of installations to visually represent events that shift perception and understanding of the history and role of women.

As Friends of Aratoi Fellow, Justine made the most of an opportunity to develop a large-scale work dedicated to the 607 women of the Wairarapa who signed the third Women’s Suffrage Petition of 1893. With this work, she casts, paints, and suspends, 607 individual pendants across venues in nearby localities, one for each woman.

In doing so, she highlights the importance of personal and collective agency and reminds us of the fact that 32,000 women – almost a quarter of the entire adult European female population in NZ – signed petitions that collectively precipitated the law change that, in a world first, gave women the right to vote. 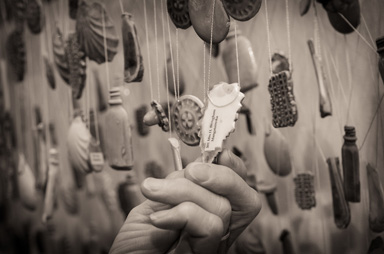