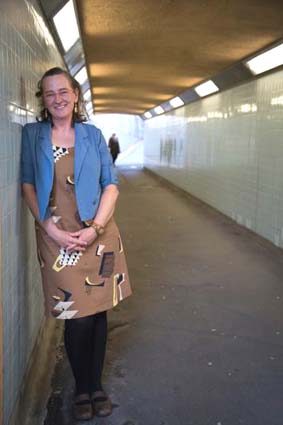 Kedron Parker is a multi-media artist living in Wellington. Formerly a musician based in Los Angeles, she moved to New Zealand in 2003 to start a family.  Since 2012, her practice has focused on site specific and socially engaged public art.

Kedron Parker has been artist-in-residence a number of times. Her residency in 2015 helped her produce Hello Pigeons for the 2016 New Zealand Fringe Festival and then the 2016 Performance Arcade. A previous residency led to Kumutoto Stream, which is permanently  installed in Wellington's Woodward St tunnel. After recording the birds and rivers of the Waiararapa / Tararua region, Kedron brought new life to a concrete-laden environment, where a culturally-significant stream once ran, and stills run, underground.