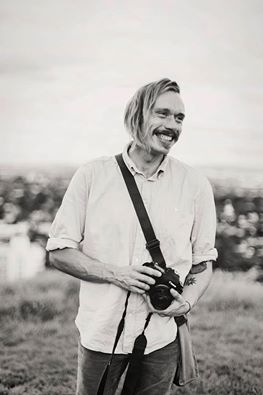 Adam Von Penfold is a video artist and film maker hailing from Christchurch. He is also serving as the House Manager at NZPS.

He has been travelling the country for the last 5 years since the Canterbury earthquakes - living in Dunedin, Auckland, Westport and Wellington, and for the next few months or so he will be calling the Wairarapa home.

While here, he will be focusing on a series of short documentaries on Wairarapa artists, which he gained funding for through the Creative Communities Scheme (Creative NZ/Masterton District Council).

He will also be working on video art using different film mediums (8/16/35mm).