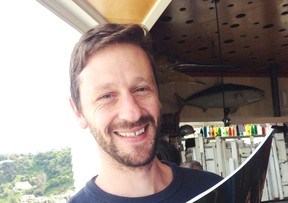 William Connor writes in a range of genres - scripts for the webisode series Lifeswap, a light hearted animated comedy; the play 'The Kitchen at the End of the World', a marionette show performed at Circa Theatre; poetry, which has been published in various journals and read aloud on Radio New Zealand; and short stories, which have also been widely published. In 2013, he lived in Germany and wrote Twenty One Days, a Berlin-inspired collection of writings; he is again living in Berlin in 2017-18.